Social Media – the newest industry buzz word.  Just like with the dot com era and the SEO buzz word, the newest greatest buzz word in marketing is social media.  Everyone needs to be on “social media”, but what the heck does that mean?  Social media was started to connect people to people but it has emerged as a marketing channel that connects business to their customers.   Social media, when done right, can make a huge difference in a businesses brand and sales strategy.  If you use the medium as intended to engage with other people, you can really have an impact of being able to connect with your customer and create a loyal fan and paying customer.

Here are some misconceptions in my mind about how people approach “social” media:

Thus, social media is designed to be social. It takes time and effort to build followers and the right campaigns for your followers.  For early adopters, that is what it was all about.  It became popular through the companies that got it right, by talking to their customers, posting relevant content and making them a part of the company. There was no advertising, tracking, etc., so they had to communicate with these folks. Now people seem to think they can short cut that process and you really can’t.  If you want to take the time to be social with your customers, then social media WILL work for you, but you can’t just line up a months worth of posts that are not relevant to your company or even current events and sit back and wait for it rain money, customers or engagement.

Here is a fun success story!  Oreo’s and the super bowl – During the SuperBowl last year, Oreo had 15 – yes 15 people on social media accounts watching and tweeting throughout the game ready to respond to whatever happened during the game they also had artists, copywriters, and a strategist on site at the ready…..and then an oddball thing happened……the lights went out in the stadium and BAM they were on it.  Here is what they did:

They responded and reacted at a moments notice and engaged people on social media and made a huge impression. Within minutes they had 15,000 Retweets and 20,000 likes on Facebook and knocked it out of the park!  It got the attention of the news and people world wide. It was brilliant….it worked….they engaged their audience and made a funny!

That is why social media is successful for some and not others; social media is in fact supposed to be social.  It should invoke some kind of response, funny, thought provoking, challenging or ironic. If it gets Retweeted and shared, liked or Favorited – then you got to someone.  Then you engaged them.  That is the trick. You can automate, but make it interesting, make it so that people will think it is cool.  Make it yourself and if someone comments, then respond.  Be available, be involved.

You have to remember ALL of these social media sites were designed to connect people.  Period. The advertising came later.  Facebook was originally for college students and you had to have a .edu email to just sign on.  I got my account the month after they opened it up.  I have seen more changes to Facebook in the past 8 years than I can recall.  Instagram was started as a community for photographers.  Period.  I was there before it was sold to Facebook.  Heck I still have a MySpace account I never deactivated.  How companies are successful is when they use the medium to engage the people there in the manner in which they joined.

Remember also it is a medium that should be part of a total media mix, not a central focus.   You can promote your business on Facebook, twitter, etc but each one has a different audience and each one needs to be addressed differently.  Can you build a successful  sales channel through social media, YES, but you have to engage your prospects, vet them, drill down to who they are, what they want, how you can fix it for them….that is how social media works.  Check out this article from Forbes. 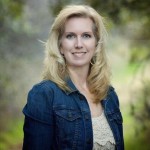 Why use a contract marketing director?